Just another sign of Africa’s growing potential and financial power, business schools from the United State and Europe, are building campuses and actively seeking-recruiting African students. With low growth in their home markets due to over saturation and fierce competition in Asia, the only growth market is in Africa.

China Europe International Business School created program for women entrepreneurs in Ghana in 2012, which it expanded to Nigeria in 2013 and began in Kenya this year. In July, Ivory Coast signed agreement with Paris based HEC to lead programs for hundreds of public and private sector executives.

As Africa grows, especially in the business sector, the need for experienced, qualified middle managers and corporate strategists will increase. These schools are looking to fill a coming growing need.

Morocco is going ahead with its investment in clean energy, wind to be exact. Joint project between Moroccan Nateva Holding and France’s GDF Suez. The country has invested $685 million in the Tarfaya project that began in early 2013 and will be operational starting in October. 88 turbines out of a total planned of 131 have been built, producing up to 300 mega watts at full capacity. The wind farm is part of a plan that aims to have 42% of the country’s energy consumption coming from renewable energy by 2020.

With an ever growing consumer and middle class, people throughout Africa are earning more spending power and love for brand products. Ford seeing the huge market potential, is increasing its investment and presence in Africa. Africa is the last untapped big market for major corporations and Ford has announced 17 new vehicles designed for sub-Saharan Africa. The models, all to be introduced by 2016, draw on Ford’s car heritage and global vehicle architectures deigned for the African consumer in mind.

“Middle East and Africa is the final frontier for global automotive growth,” said Ford’s regional chief Jim Benintende. According to Ford’s projections, car sales are expected to grow by 40% in the coming decade in the region. Ford isn’t the only car manufacturer looking to expand in Africa. PSA Peugeot Citroen, which is French based, reopened closed planet in Nigeria. Chinese brands are also increasing their presence . GM, Toyota, Nissan, and Mercedes-Benz have all over the years paid more attention, increased investment in Africa, after seeing all it’s potential. Ford is making sure that they aren’t left in the slow lane trying to catch up with the competition.

In partnership with French based technology company Alcatel-Lucent, Surfline Communications is developing first high speed 4G data network for Ghana. Over $100 million so far has been invested in building out the network that is currently in the capital and port city of Tema. Plans are to expand throughout the country in coming months and few years. Fast data networks such as these are becoming more crucial especially in e-commerce, investing, business, security and education.

President Obama has invited African leaders for a summit in Washington D.C. from August 4-6 next week. More than 200 business and political leaders from both the U.S. and Africa will be attending the summit which will focus on the continent’s development and the U.S. role in partnership and investment.

Obama invited all African nations that are currently in good standing with the United States or are not suspended from the African Union. Leaders from Egypt, Madagascar, Sudan and Zimbabwe will not be attending.  Egypt, is not eligible to attend as it is currently suspended from the African Union.  There will also be no invitation for Sudan, whose president, Omar al-Bashir, has been indicted by the International Criminal Court (ICC).  The United States has sanctions against the Zimbabwean government of Robert Mugabe and his key officials over human rights abuses, political intimidation of opposition parties and role back of democracy.

Guinea-Bissau and Madagascar will not be attending the summit as well. The U.S. has concerns over the subversion of democracy in both nations.

One notable inclusion is Kenya, where President Uhuru Kenyatta is currently awaiting a delayed trial at the ICC on charges related to violence after an election in 2007 that left 1,000 people dead.

A White House statement said the trip would “advance the administration’s focus on trade and investment in Africa, and highlight America’s commitment to Africa’s security, its democratic development, and its people.”

U.S. Commerce Secretary Penny Pritzker when speaking to the Wall Street Journal, said deals worth billions of dollars would be reached at the meeting, adding that more money would be advanced to Africa for various development projects.

First Lady Michelle Obama, and former First Lady Laura Bush and the Bush Institute, will host a day-long spouses’ symposium at the Kennedy Center focused on the impact of investments in education, health, and public-private partnerships as well.

Throughout his years in office, President Obama has held numerous conferences and events focusing on building partnerships and investment for African nations. This upcoming summit is a continuation of that policy.

More information about the event can be found at the White House’s website. 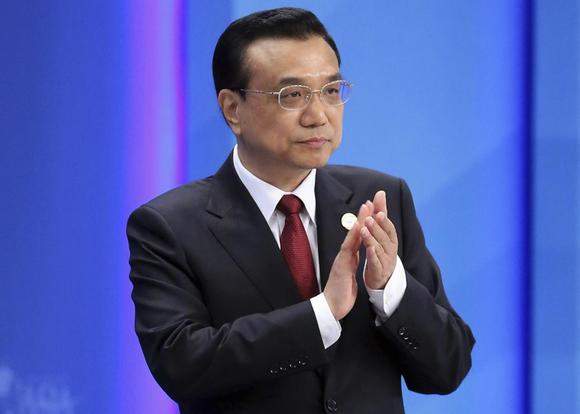 As piracy in the Gulf of Guinea off west Africa soars, professionals from over 20 nations are taking part in Obangame Express, a naval-exercise aimed at improving maritime safety and security in the region.

The issue of piracy and enforcement is one that needs to be tackled due to the fact that it’s a growing problem. This is mainly due to lack of ships and trained personnel which is required since large areas of water need to be patrolled and watched over. The more training done with various nations and navies, only helps in curbing the problem. More cooperation and training is needed, and such exercises will only help.

A new documentary highlighting African oil corruption in the Niger Delta is set to open across the U.S. this week in theaters.  It was filmed by Rachel Boyton in late 2006 as she was trekking through the oil-rich Niger Delta region of southern Nigeria and tells her chronicle of the petroleum-fueled pursuit of wealth and status in Africa. Below is the trailer to the film.

The central narrative of the film is that it takes place in Ghana, some 200 miles to the west. Boynton somehow convinced Dallas oilman James Musselman and his British-born colleague Brian Maxted–the chief executive officer and chief operating officer, respectively, of a privately held exploration company called Kosmos Energy–to let her shadow them with cameras and microphones as they drilled their way through layers of Ghanaian politics and bureaucracy, and the white-hot core of Wall Street, in order to reap the financial rewards of an amazing discovery. Kosmos had raised $825 million in private equity investment from Warburg Pincus and the Blackstone Group and located the country’s first known oil reserves: a multi-billion barrel, deep-sea deposit, 40 miles off the Ghanaian coast in the Atlantic Ocean and dubbed the Jubilee Field.

As to why oil executives would have a documentary film maker follow them around, Musselman explains that “Rachel is very persuasive, She was passionate about the story. I thought it was a good story that just got better, frankly, as time went on. We don’t enjoy great reputations a lot of the time. I thought this was a good story to show how in Ghana, we could transform the lives of a whole lot of people for the better. And I thought her contrast back to Nigeria was really good. I’d seen some of her previous work and I thought she’s gonna do a good job. It wouldn’t be any kind of expose’ or anything bad. I trusted her.”

I look forward to seeing this film myself.